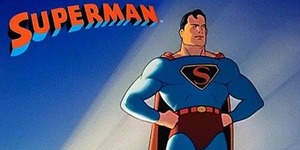 Somerville Media Center presents a Throwback Classic Movie Series at VOX POP this Summer on the 3rd Thursdays in May-August! Each film will begin at 7pm and will be followed by a post-movie discussion led by film industry scholars, filmmakers and enthusiasts! The public is welcome to join any of the movie nights (the panel discussion will be recorded for TV).

This month: “Superman” (1941) Cartoon Marathon. The Fleischer Superman cartoons are a series of seventeen animated short films released in Technicolor by Paramount Pictures and based upon the comic book character Superman, making them his first animated appearance.