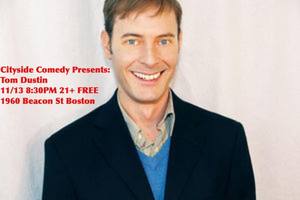 Cityside Comedy is excited to have Tom Dustin on the show! He’s the winner of the Sam Adams Comedy Festival and been featured in the Boston Comedy Festival. He has a great album called “Dangerous Now”