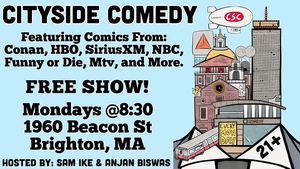 In 2016, Nick was a semi-finalist in the Boston Comedy Festival and performed in the Oddball Comedy Festival. He also made is feature film debut in the comedy Good Kids.