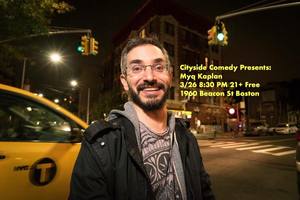 Cityside Comedy is thrilled to have Myq Kaplan on the show! He's been featured on Last Comic Standing on NBC and Comedy Central. Check out his Amazon special "Small, Dork and Handsome"