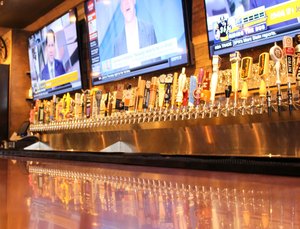 On December 21, City Tap House in Fort Point is partnering up with four breweries - two from the East Coast, two from the West Coast - to raise money for victims of the wildfires in Sonoma, CA, with their “Sonoma Strong” tap takeover.

Throughout the night, imbibers-for-the-cause can purchase raffle tickets whose proceeds will be donated directly to relief organizations. Select do-gooders also have the chance to take home a variety of gift baskets donated by the breweries and City Tap.

The bicoastal tap-takeover features a dozen craft brews, including:

Although we might not agree on sports or recording artists, East and West Coast always comes together when it matters most.