City of Women with Oompa, Helga Davis, and George Steel 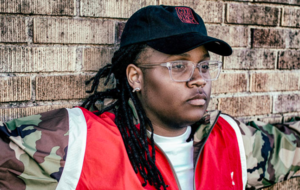 Helga Davis, the Gardner's second Visiting Curator for Performing Arts, collaborates with Abrams Curator of Music George Steel on a program that tells the stories of women, from Lucretia to Sandra Bland, whose lives and deaths have inspired action against tyranny. The music is paired with readings from Christine de Pizan (1364-1430), Sor Juana Ines de la Cruz (1648-1695), Oompa, and others.

This program is being created in response to Botticelli's companion paintings depicting the stories of Lucretia and Virginia. The pair forms a part of the Museum's special exhibition, Botticelli: Heroines and Heroes, which opens on February 14.