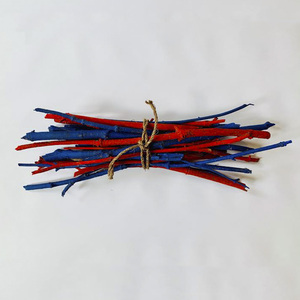 Christopher Abrams: Lie of the Land

Conceived as a sculptural response to the deepening crisis in American civics, Abrams presents small-scale works and installations that fuse miniature landscapes with questions about the future of the nation's civic life.

Drawing on his background as a builder of architectural and scale models, Abrams pairs scenes and narratives with titles that highlight the discord between American self-mythologizing and the realities of the current state of public life. Lie of the Land questions how we conceive our national identity through grand motto, song, and poem, even as our actions belie an abandonment of the bedrock values on which the American democratic system was founded. Though he works in the same material language as his late, model-train-collecting grandfather and dollhouse-obsessed grandmother, Abrams nevertheless abandons and subverts the nostalgia and conservatism that attend these pursuits in favor of pointed civic critique.

At the center of Zwart's show is a five-foot-high bundle of sticks painted blue and red, representing the colors of the Democratic and Republican parties. Surrounding the piece are broken blue and red sticks scattered on the gallery floor. Zwart drew inspiration for her work from Aesop's fable "The Bundle of Sticks." In the tale, an old man challenges his quarreling sons to take turns trying to break a collection of sticks bound together with twine. After each fails, the father presents each son with a single stick, which they break easily, demonstrating an important moral: As sticks are stronger when bundled together, and weaker on their own, so are we.