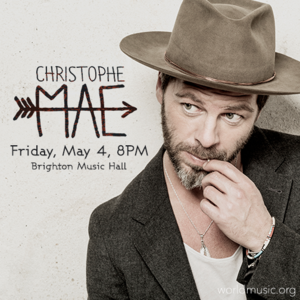 French folk-pop singer Christophe Maé is at the top of his career, with five chart-topping albums each selling more than 5 million copies. He first earned widespread fame as an actor, co-starring in the smash-hit stage musical Le Roi Soleil. After a more than two years since his last album, Je Veux du Bonheur, Christophe Maé in touring in support of L’attrape-Rêves, an intense and introspective album which he wrote after meeting author Paul Ecole.