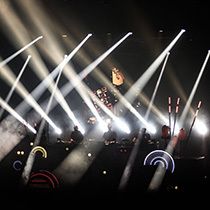 Chinese Man is a French trip-hop band whose influences span the globe. Created in 2004, the Marseille-based group’s eclectic sound blends old-school hip-hop, original vocals, and rap with French sensibilities mixed with funk, dub, reggae, and jazz. A collective comprised of Zé Mateo, High Ku, and beatmaker Sly, they sometimes also count among its membership producer Leo Le Bug, Le Yan, Taiwan MC, and MC Youthstar. They have their own record label and a series of EP releases, including their tenth full-length recording, Shikantaza, which was released in early 2017.