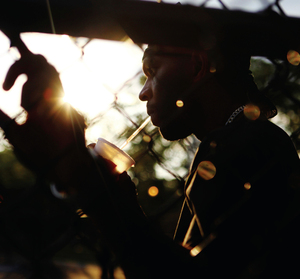 Join us for a conversation with two leading voices in the movement to bring about criminal justice reform, New York Times Magazine journalist Emily Bazelon and Boston-based advocate and former prosecutor Adam Foss. In their respective fields, both grapple with the fact that the image of the American criminal justice system as a contest between the prosecution and the defense with judges ensuring a fair fight does not, in fact, match the reality. Much of the time, it is prosecutors more than judges who control the outcome of a case, and oftentimes with devastating consequences. Emily Bazelon’s new book entitled Charged examines this heretofore unchecked power of prosecutors and how this power undermines the American criminal justice system. She exposes the damage overzealous prosecutors can inflict alongside those—like Adam Foss—who seek to reform the system. Adam Foss, who formerly served as Assistant District Attorney in the Juvenile Division of the Suffolk County District Attorney’s Office, has firsthand insight into the connection between prosecution and mass incarceration. Since his viral Ted Talk on prosecution in February in 2016, Adam Foss has gone on to found Prosecutor Impact, a non-profit developing training and curriculum for prosecutors to reframe their role in the criminal justice system. With participants uniquely suited to speaking on the present issues afflicting the justice system, this event will shine a light on the little known cause for enormous injustice, while also offering a vision for a better future.

Emily Bazelon is a staff  writer at The New York Times Magazine, the Truman Capote Fellow for Creative Writing and Law, and a lecturer at Yale Law School. Her previous book is the national bestseller  Sticks and Stones: Defeating the Culture of Bullying and Rediscovering the Power of Character and Empathy. She’s also a co-host of the  Slate Political Gabfest, a popular weekly podcast. Before joining the  Times  Magazine, Emily was a writer and editor at  Slate, where she co-founded the women’s section  “DoubleX.” She lives in New Haven, Connecticut.

Adam J. Foss is a former Assistant District Attorney in the Juvenile Division of the Suffolk County District Attorney’s Office (SCDAO) in Boston, MA, and a fierce advocate for criminal justice reform and the importance of the role of the prosecutor in ending mass incarceration. Mr. Foss believes that the profession of prosecution is ripe for reinvention requiring better incentives and more measurable metrics for success beyond, simply, “cases won” leading him to found Prosecutor Impact - a non-profit developing training and curriculum for prosecutors to reframe their role in the criminal justice system. During his nine years as a prosecutor, Mr. Foss collaborated with the courts and the community to develop programming that continues to have a positive impact on the neighborhoods he prosecuted in. One example of these efforts is the Roxbury CHOICE program, an initiative Mr Foss co-founded, to turn probation from a punitive sentence into a beneficial relationship with the court, the probation department, and the District Attorney’s Office. He is also the founder of the SCDAO Reading Program, a program he started, to bridge the achievement gap of area elementary school students. Before leaving the District Attorney’s Office, Mr. Foss was a critical piece of the foundation of the first juvenile diversion program in Suffolk County, keeping young people out of the cradle to prison pipeline. Most recently, Mr. Foss appeared in the critically-acclaimed CNN feature-length documentary “American Jail.” The Mandela Foundation recognized Mr. Foss as the 2017 Nelson Mandela Changemaker of the Year. Fast Company named him one of the Most Creative People in Business of 2017. The NAACP awarded Mr. Foss with the 2017 Roy Wilkins Next Generation Leader Award. The Root named Mr. Foss one of the 100 most influential black Americans of 2016. He was named Graduate of the Last Decade by his alma mater, Suffolk University Law School and is a visiting senior fellow at Harvard Law School. He sits on the boards of Restore Justice California and of the Pretrial Justice Institute. He also is a fellow at the Open Society Foundation Leadership in Government initiative as well as a Director’s Fellow in the world renown MIT Media Lab. In February of 2016, Mr. Foss delivered a TED talk that has already eclipsed 2 million views. In 2015, he was voted one of the country’s 40 most up-and-coming lawyers by National Law Journal and in 2013, the Massachusetts Bar Association voted him Prosecutor of the Year. In both his professional and personal capacities, Mr. Foss volunteers much of his time to the community he works in.