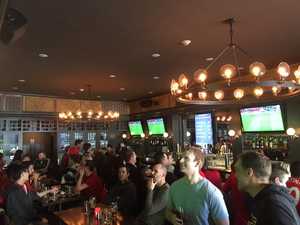 Champions Comedy is amazing. Comedians who appear regularly have appeared on Netflix, Jimmy Kimmel Live, Comedy Central, and one of the cohosts often appears in Waterville, Maine. The show is a hoot, but these comics are no joke.

This show is so good that six people have come to every edition. That is amazing! Come to The Rising and guess which six it is. If you are correct, you will get on Jeopardy!. This is Trebek endorsed.

Come down to 1172 Cambridge Street at 7 P.M. to laugh your night away.

***DISCLAIMER: Champions Comedy audiences are award winning. If you cannot handle that pressure, do not come.