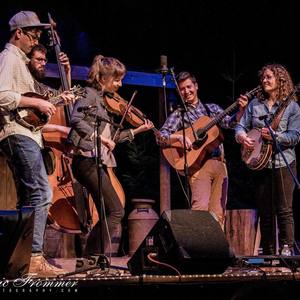 Earning recognition and awards from the International Bluegrass Music Association, Mile Twelve’s inventive and spirited music appeals to all age groups. Strong instrumentals and harmonies shine through whether they are performing their original tunes or their clever renditions of classic pop tunes, such as Elton John’s Rocket Man. Their applauded debut full-length album Onwards has earned the band time at the top of the bluegrass charts as well as an IBMA nomination for 2018 Instrumental Recorded Performance of the Year.

The diverse and entertaining line-up of the Concord Conservatory of Music Concert Series brings jazz, bluegrass, and classical music to Concord. Generous donors and a grant from the Middlesex Savings Bank have helped us bring Mile Twelve to our community, as well as our entire concert series.

Tickets for Mile Twelve are available for purchase at ConcordConservatory.org and at the door: $20 for adults, free for students 18 and under. For more information call 978-369-0010 or email info@ConcordConservatory.org. CCM is located at 1317 Main Street in Concord (within the West Concord Union Church).

About CCM
Founded in 2005, the Concord Conservatory of Music is an energetic community of people who are deepening their involvement in music education. Each year, CCM opens its doors to more than 430 students, offering programming for all ages, backgrounds, and abilities. As a non-profit school, CCM serves Concord and the surrounding 15 communities. CCM offers a full curriculum that includes private instruction, group classes, and performance opportunities.