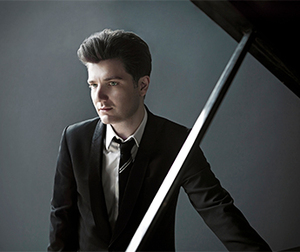 Four Friday-evening concerts-one each in November, January, February, and April-are designated "Casual Fridays" this season. You are invited to wear your favorite casual attire, and to arrive early to enjoy a free, pre-concert reception before you take your seat. This lower-priced series also features a special section for Conductor Cam seating, which allows patrons to watch the conductor from the orchestra's perspective. Then, immediately after the performance, head to the post-concert reception, where, besides enjoying live music, snacks, and a cash bar, you are invited to mingle and share what you've just experienced at the BSO concert.

About the program:
English conductor Sir Andrew Davis and the BSO are joined by Italian pianist Alessio Bax in his BSO debut for one of Mozart's stormiest works, his C minor piano concerto, No. 24, one of the unsurpassed series of concertos from the height of his Vienna popularity. Opening the concert is Pulitzer Prize-winning composer John Harbison's 1986 Symphony No. 2, the four movements of which are called "Dawn," "Daylight," "Dusk," and "Darkness"-keys to its evolving expressive and musical character. This is one of several Harbison works being performed this year to mark the 80th birthday year of a composer closely associated with the BSO. Steeped in the musical tradition of England, Vaughan Williams's Fifth Symphony was composed at the beginning of World War II but maintains an optimistic and affirmative outlook.