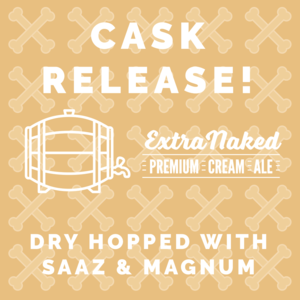 Brewer's Notes: Despite being my favorite beer that we make, this is one of the hardest to sell people on (assuming I don't have samples). "What the hell is a premium cream ale?" they ask. Truth be told, this beer sits more-or-less-directly between a pilsner and a saison, but it turns out there isn't a word for that. Nomenclature aside, this beer is light and crisp and has an ever-so-slight spiciness that'll keep you bendin' your elbow until you run out and you need to go get more.