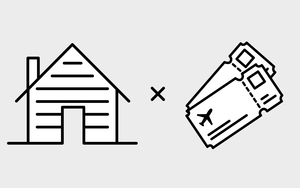 For Day 4 we are partnering up with Hopper and other local travel startups to share the best Travel Hacks that everyone should know before planning their next adventure in 2017!

By signing up for this event, you're giving our sponsors permission to contact you about upcoming events and promotions.
About the Experts

Sasha Hoffman
CEO, Fuzzy Compass
Sasha Hoffman’s love of fashion, finance and travel have guided her career from creating luxury business bags for women to leading IPOs for major technology companies.
She is currently the CEO of Fuzzy Compass, a travel startup turning the world's top travel influencers into modern-day travel agents. She is also Chief Operating Officer of Piaggio Fast Forward, a new company of Milan-based Piaggio Group, makers of Vespa, Aprilia, and Moto Guzzi focused on lightweight transportation and autonomous vehicles for rapidly changing urban areas. Prior to that, she was Head of Business Development for Plastiq, a venture-backed payments startup. As the second hire, she was responsible for many aspects of the business but primarily growing the company from 2-27 employees, setting the strategy for entering new industries and geographies, building and maintaining all partner relationships and growing the company to over $150mm in payments volume in under 2 years.

Prior to that, she worked as an investment banker in the technology group at Goldman Sachs, Barclays Capital and Lehman Brothers, where she advised clients, built complex financial models, coordinated deals and managed teams. She worked on transactions worth more than $100 billion including several high-profile IPOs and M&A deals for such clients as Facebook, Yelp, and SanDisk.

Sasha is the Global Ambassador for Women in Travel, part of Phocuswright’s 2015 Class of 35 under 35 leaders in the travel industry and her company was ranked one of the hottest startups launched in 2015. She is passionate about tech and social entrepreneurship and is an active member of the community. She is part of the Board of BUILD Boston, a TechStars mentor, a Mass Challenge alumni company, an instructor at General Assembly, Youth CITIES, and the Startup Institute, is part of the Future Leaders Group of MITX, and guest lectures at Northeastern University.


Jonathan Ronzio
Adventurer, Filmmaker, and Founder, Explore Inspired
Jonathan Ronzio is an adventurer, conservationist, and international speaker, best known for directing and starring in the award-winning documentary, “Between The Peaks.” He is also the founder of adventure-philanthropy blog and expedition series, Explore Inspired.
At 11 years old, Ronzio began following his older brother down the entrepreneurial road, and the two worked together for over a decade building a video production company that become one of the nation’s largest event video providers, selling over $2 million in youth sporting event videos. In 2011, after graduating Bryant University, Jonathan chased a dream to the mountains. That dream would become "Between The Peaks."

Since, Ronzio has been to 30 countries and 6 continents, volunteered throughout the Americas, climbed 2 of the Seven Summits (with his third set for June 2017), splitboarded the glaciated volcanoes of the Pacific Northwest, backpacked New Zealand’s South Island, sailed the Gulf of Mexico, and much more. Through Explore Inspired, Ronzio designs expeditions to promote branded adventure content while addressing some of today's most pressing social and environmental concerns. Additionally, Ronzio is a singer/songwriter and Elite OCR athlete, having competed on NBC’s Spartan: Ultimate Team Challenge.
At the core of Jonathan’s many pursuits is a mission to inspire others to escape the confines of comfortability, chase their own unconventional dreams, and positively impact the world along the way. He currently resides in Boston, MA with his wife, Team USA Pairs Figure Skater, Alexandria Shaughnessy, and their dog, Benji.


Patrick Surry
Chief Data Scientist, Hopper
Patrick leads data science at Hopper, extracting insight and generating value from the large volumes of travel data that Hopper collects. He is a leading global analytics practitioner with a wealth of experience in real-world delivery of customer insight, predictive analytics and behavior modeling, as well as a pioneering innovator in uplift modeling research.

He was one of the founders of Quadstone Inc, a predictive customer analytics company, since acquired by Pitney Bowes Software, where he developed high-performance parallel engines for generalized additive models.

MassChallenge
MassChallenge is the most startup-friendly accelerator on the planet. No equity and not-for-profit, we are obsessed with helping entrepreneurs across any industry. We also reward the highest-impact startups through a competition to win a portion of several million dollars in equity-free cash awards. Through our global network of accelerators in Boston, London, Jerusalem, Geneva, Mexico City and unrivaled access to our corporate partners, we can have a massive impact -- driving growth and creating value the world over. Learn more and apply here! 2017 applications close March 28th!

Hopper
Hopper is an award-winning airfare prediction app available for iOS and Android devices. Hopper analyzes billions of flight prices a day to provide advice on when to fly and buy. Hopper predicts price changes for your trip, notifies you when to book, and offers the fastest way to book a flight. Visit www.hopper.com for more information and to download the free app.