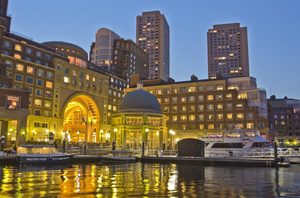 WHAT: Boston beer lovers are getting another outdoor destination this summer to enjoy the city’s craft beer scene. Brewer’s Alley, nestled between the Boston Harbor and Atlantic Avenue, is an all-new outdoor beer garden-inspired seasonal concept at Boston Harbor Hotel that will welcome local breweries for pop-up residencies during the summer. The month-long pop-ups kick off on May 23, with:

Brewer’s Alley will be open seven days a week, weather permitting. The space boasts seating for 100. Brewers Alley is located outside of Rowes Wharf Bar in the alley connecting Atlantic Avenue and Boston Harbor.