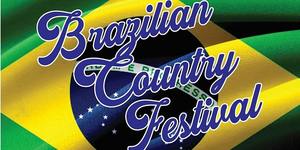 About Festa Junina: It’s a Brazilian Traditional Country Festival that takes place, every year in June, from North to South of Brazil. Festa Junina (June Festival), also known as Festa de São João for their part in celebrating the nativity of St. John the Baptist, is the annual Brazilian celebrations historically related to European Midsummer that take place at the beginning of the Brazilian winter. These festivities, which were introduced by the Portuguese during the colonial period (1500-1822), are celebrated during the month of June nationwide in Brazil. The Caipira style of quadrilha or square dancing is typical of the region and danced to country music by couples made of children but also adults usually attending a mock wedding.