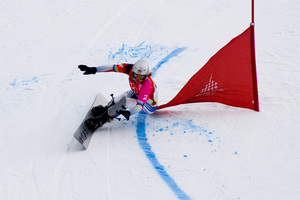 Ever wanted to meet an Olympic figure skater? Curious about the sport of curling, or wonder what it’s like to photograph the Olympic Games? Hear from and connect with local leaders at this month’s smarter happy hour.


Hear from and meet:
• Alice Cook, a former Olympic figure skater who competed and won Silver at the 1976 Winter Olympics in Innsbruck, Austria. She then became a television sports reporter, where she covered the Super Bowl, the World Series, the NBA Championships, the Stanley Cup Final and the Olympics. Most recently, she founded She’s Game Sports, a media company dedicated to sports-loving women around the world. Hear how Alice used her athletic experiences to create a sports site dedicated to women.

• Lou Jones, a photographer who specializes in photo-illustration and location photography. He has photographed 12 consecutive Olympic Games. Lou has taken photos for National Geographic, Nike and photographed many celebrities including Matt Damon. His work can be found at galleries and museums across the country. Hear Lou’s stories about his many years traveling the world to take photographs, including some of the world’s best athletes.

• Paul Aronofsky became intrigued by the sport of curling while watching the Winter Olympics. After finding out that there weren’t any clubs that were accessible by public transportation, he founded the North End Curling Club. Learn what curling is all about and hear Paul’s story.


You must be at least 21 with a valid ID to attend. Beer, wine and hard cider is available for $5 each.