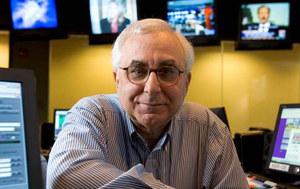 American journalism was born in Boston on September 25, 1690 with the publication of the first colonial newspaper, "Publick Occurrences Both Forreign and Domestick." Eventually, the first three (and five of the first seven) North American newspapers were published in Boston. Boston was home to America’s first foreign language newspaper, "Courier de Boston," first published in 1789, as well as the first Roman Catholic, Methodist Episcopal, and Jewish English-language newspapers in America.

This lecture will trace the history of significant Boston journalism “firsts.” From the Boston Gazette’s coining of the term “gerrymandering” in the early 1800s to the Boston Post’s exposure of Carlo Ponzi’s financial scheme, Boston print journalism has inspired a legacy of hard-hitting American reporting and free press.

Manny Paraschos, Ph.D., is a professor of journalism and media ethics at Emerson College. He is the author of "Media Law and Regulation in the European Union' and is currently researching Boston’s first Greek communities. Dr. Paraschos nominated the city of Boston for the Historic Sites in Journalism Award, presented by the Society of Professional Journalists, which honored the city with a plaque designating Boston as the birthplace of American journalism in 2015, the 325th anniversary of the publication of the first American newspaper.

Registration begins February 27 at 9 am.