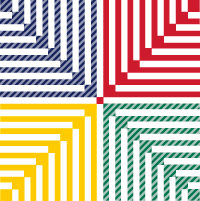 The 13th Annual Boston Palestine Film Festival will take place from October 18-27, 2019 at the Museum of Fine Arts, Boston and other venues across the city.

Each year, guest filmmakers from various countries and expert commentators add contextual depth to the films. BPFF also offers ancillary cultural programming including concerts by Palestinian musicians and art exhibits by or about Palestinians.

This initiative is an ongoing program of smaller cultural events, talks, and screenings held throughout the year. In this way, the festival seeks to engage local audiences and sustain Palestinian arts and culture in the city throughout the year, in addition to collaborating with other such festivals in the US and worldwide.

A man escapes from Palestine seeking an alternative homeland, only to find that Palestine is trailing behind him.

An uplifting, beautifully animated film that captures the story of Palestine through four generations.