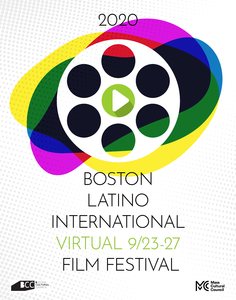 The 19th annual Boston Latino International Film Festival (BLIFF) is moving to a virtual platform this year! Yet, the celebration remains the same, presenting a vibrant selection of feature films, documentaries and short films that showcase the work of filmmakers who address Latinx-related perspectives and experiences. The festival, which runs from Sept. 23-27, is New England’s largest National Hispanic Heritage Month celebration, recognizing the history, culture and achievements of the Latinx community in the U.S.

Many of the selected films premiering in Boston at BLIFF have been featured at prestigious festivals such as Sundance, Tribeca, HotDocs and SXSW. All of the foreign language films provide English subtitles. In addition to the film screenings, the filmmakers will share further insights into their creative processes through panel discussions and Q&A sessions.

For the complete BLIFF 2020 program and schedule, visit www.bliff.org. Each of the films will be available for 48 hours after its scheduled release. Tickets are available through Eventive and ArtsEmerson’s online platforms. After purchasing a ticket, viewers have 24 hours to watch a selected film.

About BLIFF:
Since its inception in 2001, the Boston Latino International Film Festival (BLIFF) has been committed to using the power of film to break stereotypes, bring cultures and communities together and reveal the complex issues that affect the Latinx community in the United States, Latin America and Spain.