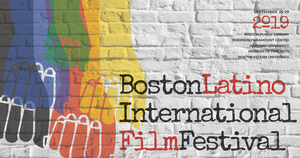 BLIFF presents a vibrant selection of feature films, documentaries, and short films that showcase the work of filmmakers who address Latinx-related topics.

This year’s festival theme, “A Call to Action,” is inspired by current events and films that illustrate the call to action through protests, art, and even by aspiring and running for political office. The films address historical or present-day views of the role of activists, artists, and civilians in shaping political and cultural events.

BLIFF 2019 will host the Boston premiere screenings for award winners at Sundance, Toronto, Berlin, Cannes, and other top international film festivals, including the powerful multi-award winner, THE SILENCE OF OTHERS from Spain, and the controversial feature, DIVINO AMOR (DIVINE LOVE) from Brazil, BLIFF’s closing night film. Like the previous two years, the majority of our 36 films were directed by women.

Keeping with its commitment to the Boston community, BLIFF will offer free admission for selected screenings at Emerson College through the Bright Lights Series (September 26) and at the Boston Public Library (September 28). Tickets will be available for sale starting September 2nd at www.bliff.org. Reservations for the free screenings are highly recommended. All foreign language films have English subtitles.

Since 2002, BLIFF has been using the power of film to break stereotypes, to bring together cultures and communities, and to reveal the complex issues that affect the Latino community in the United States, Latin America and Spain.