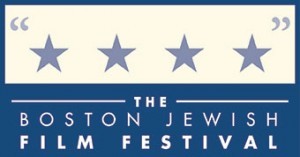 In the 1950's and 60's Jews from cosmopolitan Arab cities like Baghdad and Casablanca arrived in Israel, often finding themselves in small, undeveloped towns. Meet seven women who grew into adulthood in Israel's Negev, where food was often scarce and education lacking. But for these women, this new reality wouldn't stop them from creating rich lives — or from throwing dance parties set to twist records smuggled from Morocco. A glimpse into an important and overlooked chapter of Israel's early history.

Followed by a conversation