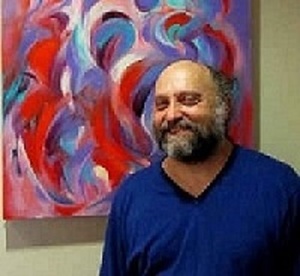 Glynis Lomon cello, aquasonic (is a variation of the Tibetan water bowls) and voice

You can expect sets of (energetic) and (intricate) interactive, solo and collective ideas into improvisations between these terrific and major Boston creative Jazz and free-form artists after a long spell away from live, in person performances!

Eric Zinman: b.1963, began the study of piano and voice as a child. Interest in classic music, Broadway, Rock’n Roll and R&B. As a teenager he discovered black music and modified his approach in jazz, blues, gospel, and the music of the strip clubs. Later composition studies with Bill Dixon, George Russell and Jimmy Guiffre. Beginning in 1987 he produced a number of ensembles with Laurence Cook, Craig Schildhauer, John Voigt, Syd Smart and Glynis Lomon. In the mid 2000s he began to tour Europe with Mario Rechtern and later Linda Sharrock. Played with post rock greats drummer Weasel Walter and noise guitarist Sheik Anorak. His activity has been heard in theater, dance, film and poetry. As he is fond of saying “Music is two souls rubbing together”. He believes music is an essential part of the human story. Since 2000 he has recorded 18 albums and has been reviewed in 9 languages. Eric Zinman is listed in the 9th Edition of the Penguin Guide to Jazz Recordings.