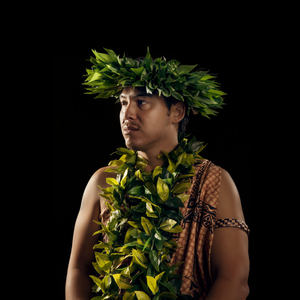 THE GROUP
Hālau o Keikiali`i (HK) is a traditional Hālau Hula (Hula school) formed in 1994 who's main focus is to educate the masses via Hawaiian music, dance, chant, language, story-telling, arts, crafts and more. HK has schools in San Francisco, Sacramento, Mexico and Japan. HK travels throughout the globe to perform and teach classes and workshops in all aspects of Hawaiian Culture. Under the direction of their Kumu Kawika Keikiali`i Alfiche who is a Kumu Hula (Hula Master) who went through the traditional graduation process called `Uniki with his Kumu, Rae Kahikilaulani Fonseca who `Uniki from his Kumu, George Lanakilakeikiahiali`i Na`ope, both of Hilo Hawai`i. HK currently has 4 DVD's published of Hula dramas which will available at the concert.

THE ARTIST
Kumu Hula and Musical Artist Kawika Keikiali`i Alfiche has released 4 cd's since 2005, 2 singles and a 5th cd on its way. Kawika is a songwriter, composer and enjoys arranging all of his music. You will hear the traditional Hawaiian music as well as a sound of today with songs written very recently. He tours throughout the globe sharing his music and hula.