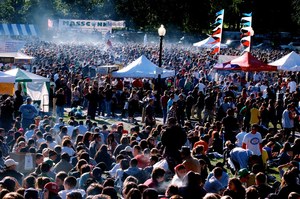 UPDATE: The Boston Freedom Rally is going virtual this year!

The Boston Freedom Rally is an annual event in Boston, in the U.S. state of Massachusetts. Held on the third Saturday in September, it is traditionally the second largest annual gathering demanding marijuana law reform in the United States, after the Seattle Hempfest. It is organized by the Massachusetts Cannabis Reform Coalition (Mass Cann), the state affiliate of the National Organization for the Reform of Marijuana Laws (NORML) also known as Mass Cann/NORML.