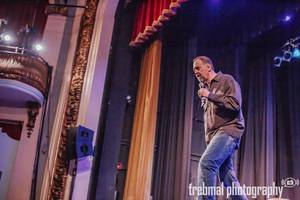 Get half-priced tickets while available:

Bring in the New Year in with Laughter!

Hosted By: Alvin David
Big Al is like the most delicious cocktail an audience has ever tasted. Imagine a Las Vegas lounge singer with killer jokes where the songs would be. Then, add a frenetic stream of consciousness, driven by a seemingly drug-induced pace. Sprinkle in a genuine love of the game. Now garnish with groovyness. Serve cool.....really cool

Special Guests:
Janet McNamara is a Boston-based comic who’s regaled audiences all over New England with her authentic conversational style and awkwardly charming energy. You might recognize Janet as being the auditioner of Americian Idol season, an appearance that introduced a national audience to her joie de vivre and infectious energy. Janet doesn’t speak french.

Peter Martin is a Comedian hailing from Somerville. His humor resonates with the same gritty taste and sensibilities of the Boston blue collar working class. From absurd silliness to intelligent satire, over the past seven years, Martin has become a well-known and established talent in the Boston comedy scene. Peter beat out hundreds of comedians to become a Boston Comedy Festival Champion!

Headlined By: Jim McCue
A mixture of witty “A-list material” and his ability to work off-script has earned Jim McCue the title “Boston’s King of Crowd Work!” It’s not only his height of six foot six that makes Jim stand head and shoulders above club comedians of the “stick-to-the-script” variety. Jim blends thought-provoking material and uncanny improv skills with a style that encourages audience participation. No two shows are ever the same!