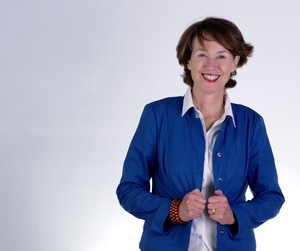 Comedian JANE CONDON is originally from Brockton, Mass. But she’s not gonna hurtcha! Now she lives in Greenwich, Connecticut, but she’s still a nice person. She has two boys. Otherwise everything’s fine. The Associated Press has dubbed her “an uppercrust Roseanne” and The New York Times says, “Condon had the audience cackling, guffawing and in hysterics as she sliced through marriage, husband, kids, politics and other topics.” She has appeared on ABC-TV’s The View and Lifetime TV’s Girls’ Night Out, FOX-TV’s series finale of 24, Nickelodeon’s Nick Mom Night Out, as well as NBC’s Last Comic Standing and the Today Show.

The grand prize winner of the nationwide Ladies of Laughter contest, this hilarious mom won “Audience Favorite—New York” on NBC’s Last Comic Standing. Most recently she won the 2019 She Devil Comedy Festival!

For over a decade ātac (founded as Amazing Things Arts Center) has been creating community through the arts. They bring high quality professional performers from all over the world to our intimate venue in downtown Framingham. The 135 seat theater in their Firehouse home features live music, comedy, and performance art.