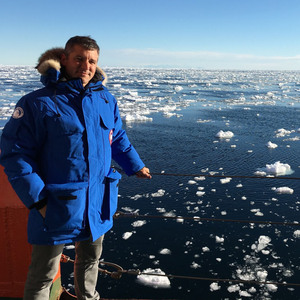 The major continents of the Southern Hemisphere—Africa, South America, Australia, Antarctica—as well as India and islands in the Pacific, were once part of Gondwana, an ancient supercontinent that began to break up about 180 million years ago. How did this breakup influence the evolution of ecosystems and organisms found on modern continents and islands? This is one of the questions that biogeography, the study of how organisms are distributed across space and time, seeks to answer. Gonzalo Giribet will discuss how he uses biogeography and tiny invertebrate species to understand the biological and geological history of New Zealand and New Caledonia, two islands that were once part of Gondwana.