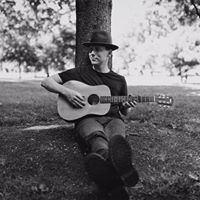 Biography
Since playing along to Bob Dylan, The Beatles, and Nirvana songbooks on guitar at age 11, Billy Dodge Moody has developed a love, passion, and admiration for raw, well-crafted, and emotional songwriting. Born and raised outside Boston, Massachusetts, Billy has made an impact on the Boston music scene with his blend of folk, blues, soul, reggae, and alternative rock accompanied by emotional, soulful, personal, and sometimes sociopolitical lyrics manifested by a mix between personal and peer experiences of loss, longing, and frustration. Throughout his six year career as a singer-songwriter (after years of band hopping), Moody had been recording demos in a number of different New England recording studios until finally making his full studio album debut in 2014,"Dawn Breaks Over Mystic", an 11-song compilation of folk, blues, and reggae storytelling recorded at Plaid Dog Studios in Boston. Moody currently resides in Boston, MA and continues to play shows in the Northeast region regularly.