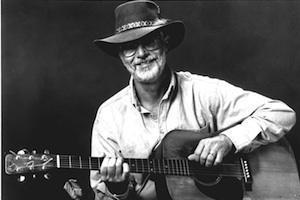 Bill Staines is playing Club Passim in Cambridge, MA on Friday, November 10th at 8 PM. Well into his fifth decade as a folk performer, Bill Staines has gained an international reputation as a gifted songwriter and performer. Singing mostly his own songs, he has become one of the most popular and durable singers on the folk music scene today. Bill's music is a slice of Americana. Currently, Bill has recorded 26 albums; "The Happy Wanderer" and "One More River" were winners of the prestigious Parents' Choice Award, taking a gold medal and silver medal respectively. In the fall of 2015 Yankee Magazine, New England's premiere magazine, published its "80th Anniversary Issue." In the issue, along with the likes of Stephen King and Katherine Hepburn, Bill was chosen as "One of the 80 gifts New England has given to America." Tickets are on-sale now at www.clubpassim.org