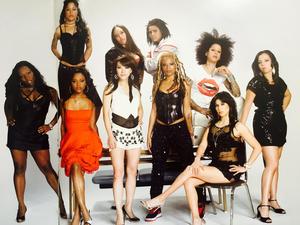 The group will feature music members played while on tour, drawn from Beyoncé albums B'Day, The Beyoncé Experience, and I Am...Yours: An Intimate Performance at Wynn Las Vegas, and will also perform some of her newer material. Berklee alumnus Nikko Ielasi '15 is the musical arranger, and current Berklee student Josh Foster is the student musical director.