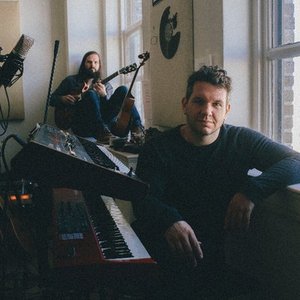 Rooted in vocal harmonies, acoustic and electric guitar, piano, banjo, and an eclectic range of additional instrumentation and soulful arrangements, Beta Radio’s Americana/folk sound is the result of a decadelong collaboration between Ben Mabry and Brent Holloman.

Mabry and Holloman met at summer camp in North Carolina while on break from high school and immediately formed a musical kinship, bonding over the sounds of Simon & Garfunkel. Throughout high school and college, they found themselves in multiple hard rock and metal bands, an ironic juxtaposition considering the ’60s folk sound that brought them together. Later, through a cycle of writing and demoing during and after college, Mabry and Holloman had a collection of songs ready for a studio, and in winter 2009 they recorded their debut album, Seven Sisters, which was recorded and distributed without label support. It enjoyed a grassroots success built largely on internet music services Pandora and Spotify.
Beta Radio’s most recent studio release, Colony of Bees, is a layered and ethereal offering that treads into new territory while managing to effortlessly keep one foot firmly rooted in Americana/folk. The HuffPost calls Colony of Bees “sonically lovely,” including it in the top 10 roundups of their 40 best albums of 2014.

Matt Sucich writes songs mostly with a pen and sings them always with his mouth. His LP Thousand Dollar Dinners is coming soon.