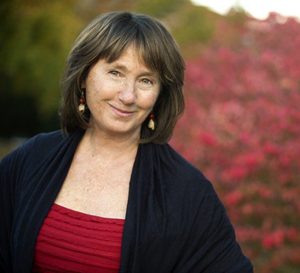 Award winning singer-songwriter, Janet Feld, captivates audiences across the nation and listeners across the globe with engaging performances filled with her wry sense of humor and sassy playfulness. Audiences find themselves moved as the music shifts from the engrossing true story, “Rosalie’s Diamonds”, that describes how Feld’s grandmother rescued her family from Nazi-occupied Austria in the late 1930’s to her deeply introspective work in “I Met Myself” to her description of love’s unpredictable journey in “Waiting for Love”.

Janet loves to perform because of the way she connects with audience members and the meaning in the interactions. Her goal is to help people experience the fact that you don’t have to be from the “special talented people” planet in order to play music.
http://www.janetfeld.com/

With almost four decades of performing festivals, concert halls, coffeehouses, colleges, and house concerts, along with a half dozen acclaimed CDs, Bernice Lewis has built a solid national fan base. She is also a published poet, a producer, and an educator extraordinaire. Lewis — who studied vocal improvisation with Bobby McFerrin, guitar technique with Alex DeGrassi and Guy van Duser, and songwriting with Rosanne Cash and Cris Williamson — has been a featured performer on NPR’s Mountain Stage program, as well as at the Kennedy Center. She was featured in Yoga Journal for her work with sound and yoga, and has shared the stage with many renowned artists, including Dar Williams, Dixie Chicks, Patty Griffin, Pete Seeger, Ellis Paul, Rory Block, Livingston Taylor, Odetta, Christine Lavin, Marty Sexton, Patty Larkin, Catie Curtis, Mary Gauthier… it’s a long list. She has a forty-year old daily yoga practice, loves good coffee, and her religion is the Grand Canyon. She is a founding and current member of The Ladies Auxiliary Ukulele Orchestra. Her writings and recordings will be archived in the Southwest Collection at Texas Tech University in Lubbock, TX.
http://www.bernicelewis.com/