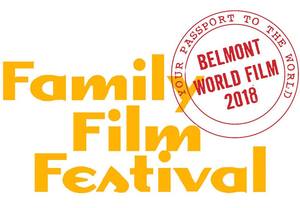 #BWFFF2018 Belmont World Film's 15th Annual Family Festival, "Where Stories Come Alive," features twelve film programs from around the world and a live version of WBUR's "Circle Round" storytelling podcast for children age 3-12 and their families! Films are based mostly on children’s books, including a whole program on books by Mo Willems and Peter Reynolds's latest short film, as well as films about spies in the Netherlands, reindeer herding in Sweden, wild horses in Spain, brave boats in Norway, children overcoming disabilities in Colombia, and a benefit screening about brave and amazing child refugees from all over the world—not to mention a tribute to Dr. Martin Luther King, Jr. and more!

Join us at one of three venues: Regent Theatre in Arlington, Belmont Studio Cinema, and Brattle Theatre in Cambridge!