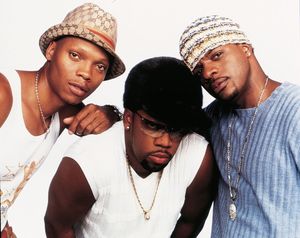 The Unity Concert will be free to the public and will open with performances by local talent at 7 p.m.

Mayor Martin J. Walsh and Senator Linda Dorcena Forry today announced that a Unity Concert will be held on Saturday, September 9, on City Hall Plaza featuring Boston's own favorite sons Bell Biv DeVoe. The Unity Concert will be free to the public and will open with performances by local talent at 7 p.m.

The concert will also serve as a donation drive for the Houston Independent School District. Attendees are asked to bring new school materials to help families and children in Houston, and donations can be made at City Hall Plaza.

"This is going to be a great concert for the people of Boston to come together and for us to continue to show Houston that we are here to support them as they recover," Mayor Walsh said. "I want to thank Michael, Ricky and Ronnie for working tirelessly with City Hall and Senator Forry to make their vision a reality. I encourage everyone to come to City Hall Plaza on Saturday, drop-off a donation for Houston if you can, and enjoy an unforgettable night of entertainment."

"Not only is Boston the city that birthed and launched us into the world, it is a city that's given back to its citizens time and time again, said Bell Biv DeVoe. "We realize the phrase "Boston Strong" is not just a catchy adjective but a dutiful verb, that only through our actions and the efforts of our fellow Bostonians, will we continue to help our city remain the beacon of strength, hope and resilience for an entire nation to rely upon. On behalf of BBD and our manager, Brooke Payne, we are extremely proud to be here. And no matter where we are in the world, we will always answer Boston's call."

"Boston is proud to be the hometown of Bell Biv DeVoe and New Edition," said Senator Forry. "They have always represented Boston so well to the country and the world. We are so excited to have them return to Boston for an unforgettable, free performance."