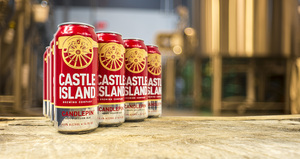 Castle Island Brewing Co. is all about consistency in quality and accessibility, as evidenced by their being named Best New Brewery in Massachusetts for 2017 by Rate Beer. In this tasting, you'll learn why and how they were able to open and operate a succesful brewery in the quickly expanding craft beer market of New England. They'll also delve into their inspiration, how they built their brand, and how they differentiate themselves from other breweries. This will be a look behind the beer, and one you won't want to miss!

Your ticket includes a flight of craft beers with delectable bar bites created especially by our chef.

Must be 21 or older. IDs will be checked at the door