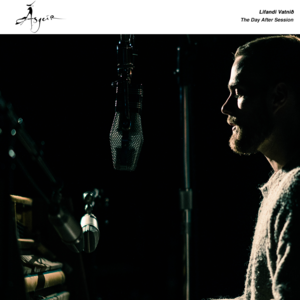 Where:
http://artsatthearmory.org/events/asgeir/ Arts at the Armory
191 Highland Ave
Somerville, Massachusetts 02143

How do you follow up the fastest selling debut album in Icelandic history, a record that out-performed even national treasures Björk and Sigur Rós’ first releases? At first 24-year-old sensation Ásgeir, returning at last in 2017 with daringly electronic new album Afterglow, pretended to those around him that the heat wasn’t on, that the stakes weren’t high. “I used to tell most people that I didn’t feel any pressure,” he laughs now. “But I was lying. I didn’t want to go into that discussion.”

You can hardly blame him. 2012’s acclaimed Dýrð í dauðaþögn – 10 tracks of supreme, soul-searching folk, written in his farmhouse bedroom featuring lyrics penned by his father, Einar Georg Einarsson – a retired school teacher and renowned poet – made him a phenomenon in his native land. Winner of the 2012 Album of the Year at the Icelandic Music Awards, it sold so many copies that it is estimated one-tenth of the population now owns that release. (BBC Radio 2 host, Dermot O’Leary, once tested this theory out, calling a random number in the Icelandic phonebook – the woman who answered not only owned a copy, but Ásgeir’s mother had taught her son at school.)
By the time the elegiac sounds of that album’s 2014 English language re-release In The Silence, with lyrics translated by acclaimed troubadour John Grant, were done rippling through the top 40 charts in the UK, France, Japan, Denmark and beyond, his stardom had become truly international. Sell-out shows across the world beckoned, including two headline dates at Sydney Opera House on the same day. The sudden and intense spotlight was “very strange for a guy who had only been recording music in his bedroom,” says Ásgeir, explaining that embracing stardom involved overcoming personal barriers. “I didn’t really enjoy playing music in front of people. My interest was in writing music and recording it,” he says. “But I looked at it as a challenge, to go through this very uncomfortable and stressful time where I was to play all these shows and to do all these interviews.”
Released on May 5th, Afterglow has all the confident hallmarks of an artist who’s now at home with his status as one of music’s most exciting new voices. “I consider myself lucky to have been able to go around the world with my friends to play,” he says. “Before touring I had only been to Sweden and Denmark. Now I don’t even remember where I have been or where I have not been.” That globe-trotting wisdom is keenly felt on Afterglow, which ambitiously balances icy electronic shades of Bon Iver, James Blake and Anohni with soul, R&B and even gospel influences from different eras and places.
“The mission at first was just to realise what I wanted to make,” says the 24-year-old, who quickly decided on a more experimental approach. “A lot of the album is based on sounds. The songs were sometimes written in pieces and then put together,” he explains, leading to a “very varied, different” release that ambitiously spans poppy cosmic love stories (‘Stardust’), slowly drifting organ sounds (‘Underneath It’), manipulated piano experimentation (‘Nothing’) and more. For Ásgeir – real name Ásgeir Trausti Einarsson– it’s a brave new step in a remarkable story that remains rooted in his countryside hometown of Laugarbakki, two hours north of Reykjavík.
“Maybe my favourite songs on this album, ‘Afterglow’ and ‘New Day’, were written there. Me and my dad spent some time together, I wrote the songs and then he wrote the lyrics,” says Ásgeir, who also worked with long-time collaborators Þorsteinn Einarsson (Ásgeir’s brother), Julius Robertsson, Hogni (Gus Gus / Hjaltalin) and producer and bandmate Guðmundur Kristinn Jónsson on the record. It was in Laugarbakki that the rising star began composing as a teenager, having grown up surrounded by instruments thanks to his organ-player mother, accordion-player father, violinist sister and guitarist older brother, a member of successful Icelandic reggae band Hjálmar. He’d been a promising sportsman at school – he still holds certain Icelandic javelin records – but after discovering the likes of Elliott Smith and Sufjan Stevens as well as Icelandic heroes Sigur Ros, Mugison and Lay Low in his early teens and getting his first guitar, he never looked back.
Some of those artists’ influence is still felt on the stirring Afterglow. Closing track ‘Hold’ is an airy, affecting accident that began in a bus: “We used to sing Icelandic choir songs to keep ourselves entertained,” explains Ásgeir, “and I made this kind of choir piece, that wasn’t supposed to make it to the record really. It turned out in a fun way so we decided to have it on.” Similarly unplanned was ‘Unbound’, a glittering menagerie of chirping electronic melodies and stop-start beats which came about in one last minute studio sessions, evolving from a single, inspiring lyric: “Nothing holds me back now.” ‘Dreaming’ meanwhile, with warm, evocative lyrics like “I follow every line that leads to you”, is a tender ballad full of skittering electronic beats and sweet, melancholy horns that Ásgeir says “was a song first written for a theatre play in Reykjavík. But I felt like it should be a part of the album also.”
There are plenty of other highlights, on a record that even before release has served an important purpose for its bright, introvert creator. “I feel like I have achieved plenty already with this album, gotten to know myself better, feel like I’ve grown a lot,” he explains. “Not just because of the album, but it has definitely helped.” An artist whose raw emotional honesty, threaded through exciting songs about dragons, gods and wilderness on his last album, has been cathartic for his countless fans, has learned to take catharsis from these songs himself. “It would be great if someone else liked it as well though,” he adds, jokingly. With an album as gently boundary-pushing and moving as the astonishing Afterglow, he shouldn’t need to worry about that.
Doors will open at 7PM, Ásgeir will begin at 8PM.
Bowery Boston is managing all ticket sales for this event. Advance tickets can be bought online at https://www.axs.com/events/366439/asgeir-tickets?skin=boweryboston or in person at the Bowery‘s box office at The Sinclair in Cambridge. Advance tickets cost $31. Day-of tickets, if the show is not sold out, will be available at the venue once doors open.