ArtsEmerson: 'The State of Siege' 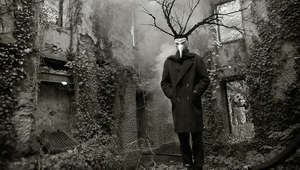 Written by Nobel Prize-winning author Albert Camus, The State of Siege weaves paranoia, endurance and political struggle into a dizzying modern metaphor. See how the manipulation of fear in a sleepy city in Spain gives rise to a totalitarian regime. Staged by leading avant-garde French director Emmanuel Demarcy-Mota and produced on an epic scale by the celebrated Paris theatre company Théâtre de la Ville, the production explores how art can serve as a way to process -- and to resist -- human atrocities. What role can art play in the face of peril? Faced with imminent danger, can the human spirit remain focused on the beauty of life? Intended to reflect some of mankind's worst dictators, The State of Siege shines a piercing light at Boston's Emerson Cutler Majestic Theatre.

Théâtre de la Ville was created in 1968 under the auspices of the City of Paris. Dedicated to “art in the diversity of its theatrical, choreographic, and musical forms,” as stated by its founder, Jean Mercure, Théâtre de la Ville has over the years become one of the most important cultural landmarks in Paris, mostly through its multidisciplinary and international dance and music productions. With its two venues—a 1,000-seat hall in the heart of Paris and the more intimate 400-seat theater in Montmartre—Théâtre de la Ville offers close to 100 different programs each season.