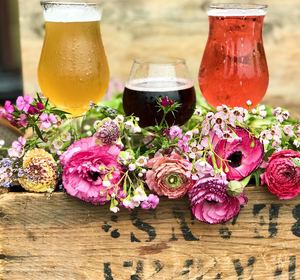 With a dreary April already underway, City Tap House is remixing the old adage of “April showers bring May flowers” to something that suits them better: April Sours Bring May Flowers. Beginning April 30, the Fort Point beer paradise will put sour beers in the spotlight for one straight week – or while supplies last, since no one can resist something that starts out sour and ends up sweet.

The first night of the series will kick off with a complimentary sour candy bar filled with sugary delights that will seamlessly pair with the lineup of 40+ sour specialties that will be available for the duration of the week. In addition to showcasing limited releases, there will be biting brews from Cascade Brewery (Portland, OR), Upland Brewing Company (Bloomington, IN), Crooked Stave Artisan Beer Project (Denver, CO), Grimm Brothers Brewhouse (Loveland, CO) and more.

The final question remains… Pink beer: would you?