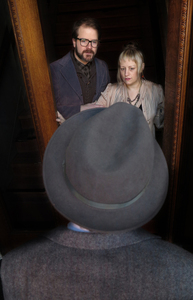 "A timely warning about the risks of “normalization." "Strongly recommended.” -The Independent

"the most exciting new play I have seen in years.” -Express

Fascism doesn’t show up in jackboots and swastikas. It arrives in the form of a polite older gentleman on Christmas Eve.

Schimmelpfennig's play about the failure of liberal intellectuals to confront the historic danger of extremism was written in 2015 in a German context, and it's universal relevance has only become more striking in 2017. Winter Solstice is a portrait of liberal impotence in the face of blind conviction. Will these well-meaning dedicated people take action when fascism is entertaining them in their living room?

Performances will be followed by a Reception with the actors.