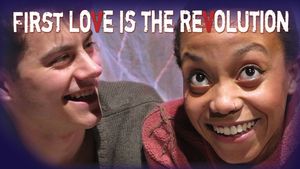 Apollinaire Theatre Company presents the US Premiere of this viciously funny and unforgettable play about first love, teenage lust, and nature vs nurture.

Rdeca is a young fox keen to test boundaries, whose curiosity lands her in a makeshift trap set by lonely 14-year-old Basti. When their paths cross, the sparks fly and an impossible bond spirals dangerously out of control.

“Romeo and Juliet, with fur” - The Guardian

“A cult hit in the making” - Evening Standard

Rita Kalnejais is an Australian writer based in London. Her work has been performed extensively in Australia and she was a resident playwright at Sydney Theatre Company in 2011/12. Rita’s first play, BC, was nominated for three Greenroom Awards including Best New Australian Play. Rita has developed new work at the National Theatre Studio and her Soho Six commission First Love is the Revolution premiered at Soho Theatre in 2015. Her critically-acclaimed play This Beautiful Future was a hit at London’s Yard Theatre where it received a second run this November.