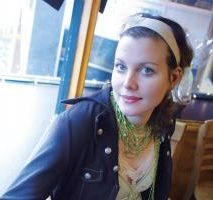 Antje Duvekot has solidified her reputation as one of Boston’s top singer songwriters with “Big Dream Boulevard” her debut studio release and “the Near Demise of the Highwire Dancer” and “New Siberia” her follow-up albums.

The debut CD was produced by Seamus Egan, founder of the Irish super group, SOLAS and the project was released on songwriter Ellis Paul’s label and quickly attracted international attention for Antje. It was voted “#1 Folk Release of 2006” by the Boston Globe and was named to the “Top10 Releases of the Year” by National Public Radio’s, Folk Alley. Her follow up albums “the Near Demise of the Highwire Dancer” and “New Siberia” were produced by Richard Shindell and along side with Richard feature other “folk royalty” such as John Gorka, Lucy Kaplancky and Mark Erelli.

Antje has won some of the top songwriting awards including the Grand Prize in the John Lennon Songwriting Competition, the prestigious, Kerrville (TX) “Best New Folk Award” and in one of the nation’s top music markets, she won the Boston Music Award for “Outstanding Folk Act”, three of the top prizes in the singer songwriter world.

Antje has extensive touring experience, criss-crossing the US and Europe many times. She is a compelling live performer and has been invited to play some of the top festivals including The Newport Folk Festival as well as the Mountain Stage, Philadelphia and Kerrville Festivals. Internationally, she’s headlined the The Celtic Connections Festival in Scotland and the Tonder Festival in Denmark.