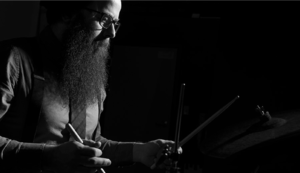 Normally a quartet featuring Jerry Sabatini, Eric Hofbauer, Tony Leva and Dylan jack. Due to restrictions, the group will perform original music as a trio. The night will consist of all original music from their brand new record "The Tale of the Twelve-Foot Man."

Please be respectful to all in attendance and practice social distancing while wearing a mask. Let's enjoy the evening while helping to stop the spread of the pandemic. Please do your part to help. Thank you.

“There’s a raw and honest spirit and a highly refined sense of detail in the music of Dylan Jack, a gifted drummer and composer hailing from the North Shore of Massachusetts. There’s also a roiling spontaneity and brilliant clarity in the sound of his quartet...” – David Adler

Dylan Jack is a percussionist, composer and improviser participating in multiple genres within the Boston music scene. As a performer, Jack divides his attention between playing as a sideman with some of the city’s top improvisors and leading his main creative outlet, the Dylan Jack Quartet.

In 2016, Jack launched the Dylan Jack Quartet, a creative music ensemble focusing on combining intricately composed segments that utilize odd meters and phrasing with plenty of space for improvisations with emphasis on each player’s individual voice and in-depth group collaborations.
Jack released his first record with the quartet, Diagrams, in 2017 and their follow up, The Tale of The Twelve-Foot Man, was release on June 26, 2020 to favorable reviews in the jazz community both overseas and in the states.“The interplay of these four players is astounding across these challenging pieces that create varying moods, not only through the music but through a judicious use of space, echo effects, and accents, sometimes when you least expect them.” - Jim Hynes (Making A Scene). Jack is also one half of the duo with Eric Hofbauer who released the album, Remains of Echoes, in October 2019.

Jack is also an in demand private percussion instructor on the north shore of Massachusetts as well as an Affiliated Faculty member of Emerson College where he teaches The History of Jazz. Jack received his bachelor’s degree in music from the McNally Smith College of Music in Saint Paul, Minnesota, and holds a Masters of Music in Modern American Music from the Longy School of Music of Bard College.