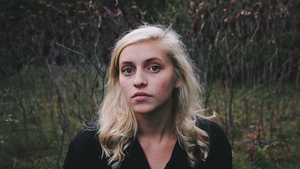 ​With over 7 million Spotify streams and counting, Nebraska-based songwriter Andrea von Kampen has quickly established herself in the recording studio and on the road. Her deft guitar work and intuitive song construction display striking maturity, and her effortless vocal delivery has been praised by Hear Nebraska as “soulful and worn-in.”

Andrea has shared the stage with Tall Heights, Gregory Alan Isakov, Dead Man Winter, John Moreland, Dead Horses, Ira Wolf, The Brother Brothers, and more. She has performed live on Audiotree in Chicago, was featured as a finalist in NPR’s 2016 Tiny Desk Contest, and has won Eddie’s Attic Open Mic Night in Decatur, GA twice. Most recently, Andrea completed her first coast-to-coast tour across the United States and is set to release her debut full-length album, Old Country, on February 8th, 2019.

Loida & Lenahan are a synthesizer and vibraphone duo based out of Boston. Julian and Kelly are both conservatory-trained classical musicians who found common ground in their synesthesia, where sound has form, color, and texture. For Loida & Lenahan, the way we see sound is integral into the way we hear sound, and we invite you to be an active listener in our sonic exploration of synesthesia.​