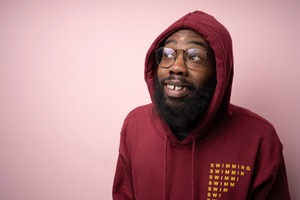 About this Event
A platinum edition of Anderson Comedy at 730 Tavern, Kitchen and Patio! We have a special headliner coming to 730 Tavern. We are absolutely thrilled to present Kevin Iso! Tickets are $10 online and $12 at the door! Don't miss your chance to see a phenomenon of comedy for cheap! We have two shows available to see Kevin. One show is at 8pm. One show starts at 10pm.

Originally from Houston, Kevin Iso began performing stand up all across Texas before moving to New York where he has been honing his skills. Through his unique point of view, Kevin seamlessly blends cultures while appealing to all ages. Kevin has performed at the Montreux Comedy Festival in Switzerland, the Funny or Die Oddball Festival and Bridgetown Comedy Festival. After being named one of Comedy Central's Comics To Watch in 2015, Kevin's stand up was featured on Axs TV's Gotham Comedy Live, Comedy Central's Adam Devine's House Party and YouTube Red's Alexander IRL. He can be seen at premier clubs like Stand Up NY, Caroline's on Broadway,The Stand in NYC, as well as clubs and colleges across the country. On top of performing stand up, Kevin is the Co-Creator of the hit web-series Flatbush Misdemeanors.