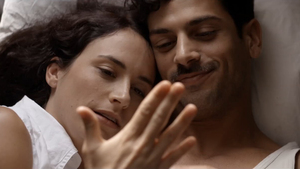 It’s 1947, just months before the State of Israel will be established. When 18-year-old Margalit, an aspiring actress from northern Israel, meets Eli, a passionate kibbutznik devoted to his work in the Palmach (Israel’s pre-state underground army) it’s love at first sight. But in a nascent nation in need of fierce protection, love can only take them so far. An Israeli Love Story is based on the true story of theater director Pnina Gary and Eli Ben-Zvi, son of Israel’s second president Yitzhak Ben-Zvi.