An Intimate Evening with Bill Janovitz and Mike Gent 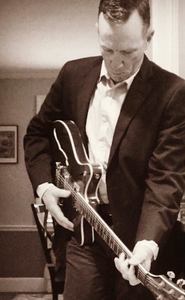 Bill Janovitz is a founding member of the beloved Boston-based band, Buffalo Tom, who continue to tour worldwide and will release their ninth album in March 2018. He also has four solo records, as well as recordings with side bands, including the most recent, the Needy Sons. Opening the show will be Mike Gent, his partner in the Needy Sons, is a founding member of the Figgs, who recently celebrated their 30th anniversary. Bill and Mike will play separate sets, as well as a few songs together.