An Afternoon with Sonia Manzano 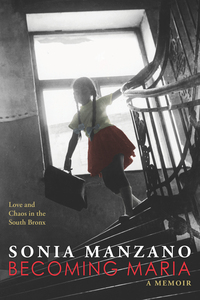 As part of the Joy Agenda by the City of Boston, join the Boston Public Library for a discussion with Sonia Manzano—widely known for her role "Maria" on Sesame Street. She will talk about her book Becoming Maria: Love and Chaos in the South Bronx, as well as share the wisdom she’s gleaned as an author and performer. This talk, which will have a focus on joy, is part of our Repairing America Initiative and in celebration of Hispanic Heritage Month. Boston Public Library President David Leonard will provide welcoming remarks.

This program will take place in the Rabb Lecture Hall of the Lower Level of the Johnson Building at the Central Library in Copley Square. Registration is required. To attend in-person, please visit the link in the registration box on this calendar entry: https://bpl.bibliocommons.com/events/613bc986581a3c4c0099ae29.

This program will also happen over Zoom webinar. To attend online, please visit this link to register: https://boston-public-library.zoom.us/webinar/register/WN_Bo4mY5hCTAiGHS5AuwWa7g.

Set in the 1950s in the Bronx, this is the story of a girl with a dream. Emmy award-winning actress and writer Sonia Manzano plunges us into the daily lives of a Latino family that is loving–and troubled. This is Sonia’s own story rendered with an unforgettable narrative power. When readers meet young Sonia, she is a child living amidst the squalor of a boisterous home that is filled with noisy relatives and nosy neighbors. Each day she is glued to the TV screen that blots out the painful realities of her existence and also illuminates the possibilities that lie ahead. But–click!–when the TV goes off, Sonia is taken back to real-life–the cramped, colorful world of her neighborhood and an alcoholic father. But it is Sonia’s dream of becoming an actress that keeps her afloat among the turbulence of her life and times. Spiced with culture, heartache, and humor, this memoir paints a lasting portrait of a girl’s resilience as she grows up to become an inspiration to millions.

Honors for Becoming Maria include being mentioned in the New York Times Notable Children’s Books of 2015 and Kirkus Best Teen Books of 2015.

Posman Books, one of the BPL's community bookstore partners, will help facilitate an author signing after the discussion.

Online book sales will be fulfilled by Trident Booksellers & Cafe, another one of our community bookstore partners. To place an order, please visit their website: https://www.tridentbookscafe.com/event/bpl-event-afternoon-sonia-manzano. Use the code BPLSHIP for free media mail delivery!

For over 40 years, Sonia Manzano inspired, educated, and delighted children and families as "Maria" on Sesame Street. Named among the “25 Greatest Latino Role Models Ever” by Latina Magazine, Manzano broke ground as one of the first Hispanic characters on national television. Throughout her career, she has continued to contribute to enriching diversity on television, on the stage, and in the educational realm. A first generation American of Latin descent, Manzano’s tale is one of perseverance and courage as she overcame countless obstacles to become one of the most influential Latinas in television. Manzano was raised in the South Bronx, where her involvement in the arts was inspired by teachers who encouraged her to audition for the High School of Performing Arts. She was accepted there and began her career as an actress. A scholarship took her to Carnegie Mellon Univerisity in Pittsburgh, and in her junior year, she came to New York to star in the original production of the off-Broadway show Godspell. Within a year, Manzano joined the production of Sesame Street, where she eventually began writing scripts for the series. She was thrilled to help write the story line for “Maria’s” marriage and birth of “Maria’s” baby, played for a while by Manzano’s real-life daughter Gabriela. Recently, Scholastic and Manzano partnered to launch two middle-grade novels and two picture books. Some of Manzano's other books include her memoir, Becoming Maria: Love and Chaos in the South Bronx (Scholastic), and a Christmas picture book, Miracle of 133rd Street (Simon & Schuster). Becoming Maria was praised by Kirkus Reviews for its “lyrical and unflinching account of her tough Nuyorican upbringing in the South Bronx,” and calls it a “touching memoir.” To learn more, visit this link to her website: https://soniamanzano.com/.

About the Repairing America Initiative

The Repairing America Initiative is the Boston Public Library's pledge to focus its 2021 programming and services on bridging the gaps that divide America. By prioritizing economic recovery, civic engagement, COVID-19 recovery, racial equity, workforce development, and youth engagement, the BPL is working to help Americans rise above the challenges they face.

This program is additionally part of Mayor Kim Janey’s Joy Agenda, a citywide investment in:

Creating spaces to reflect on and share what joy means to Boston;
Providing ways for residents to safely reconnect with each other;
Supporting arts and culture workers, local small business, and youth in their recovery and renewal; and
Enhancing access to public space and services through more equitable policies and practices.