An afternoon with Joan Silber 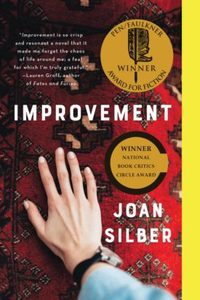 About the Book: A bold and piercing novel about a single mother in New York with a boyfriend just out of jail, a knowing and eccentric aunt with a past in Turkey, and a decision that leads to an accidental death with consequences for many.

Joan Silber was raised in New Jersey and received her B.A. from Sarah Lawrence College, where she studied writing with Grace Paley. She moved to New York after college and has made it her home ever since. She holds an M.A. from New York University.

She received the PEN/Malamud Award for Excellence in the Short Story. She’s also the author of The Art of Time in Fiction.